The Call to Unite 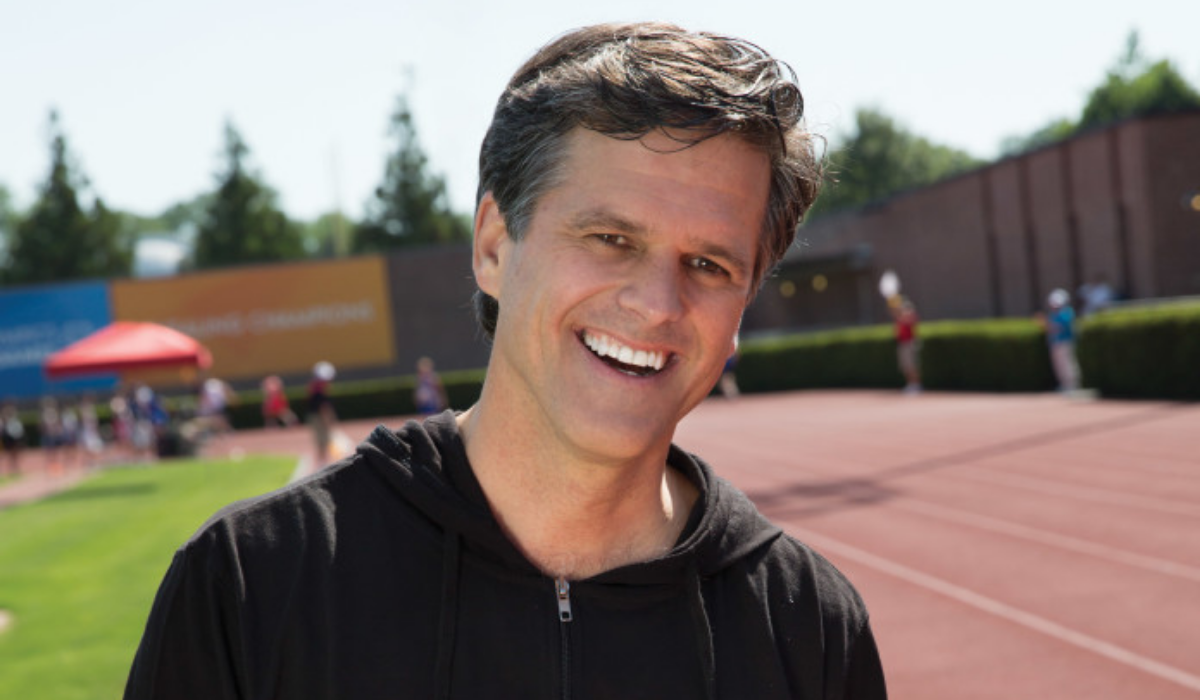 Over the course of my life, I’ve seen again and again how people flourish when they unite, and how they suffer when they’re separate. I saw it when I taught high school, where membership in a club helped my students resist the allure of gangs. I’ve seen it in the movement for social and emotional learning, where kids who learn empathy give up bullying for belonging. I’ve seen it as chair of Special Olympics, where athletes who’ve been isolated their whole lives shine with joy when they come together.

But the most striking lesson I’ve learned about belonging I learned from watching Special Olympics volunteers, including myself. Year after year, we come to help and we get humbled—because we think we’re coming to serve “the broken people,” and we are the ones who are made whole.

My teacher Richard Rohr clarified this mystery for me. The people on the margins of any group hold the secret to the wholeness of that very group, he said, because as soon as we stop pushing people out and start letting them in, we become whole.

Every one of us is eager to be part of some circle that excludes us. We want to be in the in-group and flee the out-group. We want to be with these people and separate from those people. So, we seek belonging for ourselves by denying it to others. And that’s exactly backward. We get belonging by giving it.

The most joyful people I’ve ever met—the people I revere and want to be like—seem to carry their belonging inside them. They are never trying to push their way in. They’re never trying to force anyone out. They don’t see themselves as separate. They’re not trying to be superior. They open up and take everyone in. That is what it means to unite—and to be a uniter. Uniters do not expect uniformity of opinion, but do seek unity in treating others with dignity—which gives justice a chance to flourish.

We need more uniters now, because we’re caught in a crisis of division. Division is not the same as disagreement, and it’s not simply the belief that I can do better if you do worse. It’s the belief that you have to do worse for me to do better. This belief can poison any demographic difference we have, whether it’s rich/poor, black/white, Muslim/Christian, conservative/liberal, or urban/rural.

Unfortunately, we all have an urge to divide. It’s an instinct born of fear. We have to work hard to overcome it, but some leaders in media and politics don’t want us to overcome it; they want to exploit it. They get more viewers and voters and dollars and followers if we’re divided, so they turn us against each other, filling our brains with the message: “Those people are ‘the other.’ They’re not like us. They’re beneath us. They hate us. They want to hurt us.”

The dividers are telling us to stay divided, that life is better and safer if we’re separate. They’ve been selling us this story since the dawn of time, and they’ve had all of history to prove it. But they can’t—because their story is a lie. We are one, and when we act as one we can work miracles.

It’s not that our differences aren’t real or don’t matter. Many of our differences make us special, unique—a gift to the whole. Our stories, our cultures, our histories all deserve their place. But underneath our differences, we have common needs and dreams that bind us, that we can fulfill only through each other.

This is not just an act of faith, it’s a fact of science. Unity is reality. Like gravity. We either honor the truth and prosper, or defy the truth and suffer.

In 2019, a group of us gathered to form UNITE, to promote a culture where we cross lines that divide us and work on ideas that unite us.

Many of us are saying that the virus brought us together, and in some cases it’s true. But in other cases, the virus split us apart. And that’s been instructive, because in places where we were united, we did better, and in areas where we were divided, we did worse. The virus makes the case in a way almost nothing else ever has: the only way to win is to unite.

In March 2020, just before the lockdowns were announced in the United States, UNITE cofounder Meisha Lerato Robinson returned to Washington, DC, from a road trip through the South, where she had gone to meet people and talk deeply with them. She felt that what the media was telling us about each other was wrong, that the reality was different, and better. She met with everyone from a Cracker Barrel waitress to a survivor of domestic abuse to a Tuskegee Airman and asked each one, “Who do people think you are, and who are you really?” Every person opened up and told her their stories, and Meisha Lerato came to feel that there is more pain in people than we know, and more love and hope there, too. It was one of the most inspiring and unifying experiences of her life. Back in DC, though, she felt the fear of the virus taking hold in the city and in herself, and thought, “Maybe if we open up to each other, we can help each other through this.” So she said to her col- leagues, “This virus is making us isolate. Let’s invite the world to unite!”

This became our first major project, and it forced us to face the question, How can we move from a culture that divides us to a culture that unites us? Human beings are an imitative species; we tend to reproduce what we see and hear. If we’re going to change our culture, we have to change what we’re hearing. So, we thought about all the people we wanted to listen to, all the people we look up to—and we gathered them together for twenty-four hours.

Nuns and priests, nurses and doctors, singers and actors, dancers and writers, monks and ministers, store clerks and truck drivers, ex-presidents and ex-cons—the grieving, the hopeful, the heartbroken—all came together to share stories and lessons about what hurts and what helps, who we love and what we’ve lost, telling the truth about our needs, our fears, and our most audacious dreams.

In the pages of this book, we capture many of those moments. We hear Jacqui Lewis say we are Houses of God; Charlamagne say we have to tell our stories; Shaka Senghor say we have to give ourselves grace. We hear Deepak Chopra say no boundaries are real, and Rev. angel say we should look at the sky.

Black men and women have been killed by police countless times, but this time a vast range of people—from political activists to first-time protestors— pulled together across racial lines, socioeconomic lines, and generational lines to mount the most unified protests for racial justice in the history of the United States.

I asked Reverend Jen Bailey what made this moment new. “We were all physically limited by the pandemic,” she said. “So we were able to pay a different sort of attention. And hearing George Floyd call out for his mother in his last moments—knowing as we did that his mother had passed away years before—revealed the cruelty at the core of his death, and prompted us to respond in the most humane way, which is to speak out and demand something different.”

Father Greg Boyle, who founded the world’s largest gang intervention and rehabilitation organization, told me, “Spiritual evolution means coming to see the wholeness of the person—as God sees—and this is the compassionate seeing that these events have awakened. That’s why the movement has gained so much traction, and that’s why the face of the protest is so diverse. It seems to embody our deepest longing to be in this together.”

That defines the choice in every crisis. Divide or unite. Blame the other or become the other. Until now, too many of us have chosen to divide. But something new is happening. Rising numbers of people now refuse to be othered and refuse to other, refuse to be dominated and refuse to dominate. That’s a shock to the culture. It’s creating a sense of upheaval that wasn’t there before, and that’s a good sign. Change never comes in calm times. Change comes in times of crisis, when we see the way we’re living isn’t working.

We’re tired of hostility. We’re starving for unity. We’re telling a new story of who we are. We are all connected as one people. We find joy in each other’s joy. We find purpose in each other’s happiness. We find belonging without excluding. We seek forgiveness through forgiving. We find our identity with- out othering. We feel called to unite.

The call to unite is not an event. It’s not a book. It doesn’t belong to a group. It’s a voice sounding inside of us. In every crisis, if we listen to our hearts, we can hear the call to unite. It’s what invites us to hope. It’s what guides us to love. It’s what sustains us on the journey to justice.

It’s a long path to overcome our past. We live with the legacy of a world that didn’t know we are one. But we now see more clearly what they saw “through a glass darkly”: None of us can survive on our own. Not one of us can be happy alone. We need each other. Now more than ever.

Excerpted from The Call to Unite: Voices of Hope and Awakening. Copyright © 2021 edited by Tim Shriver and Tom Rosshirt. Excerpted by permission of The Open Field.

Timothy Shriver is the founder of UNITE, a mission to fulfill the promise of America through stories, solutions, and studies that bring us closer together. He is also the Chairman of The Special Olympics and the author of several books including his latest, Fully Alive: Discovering What Matters Most. For more information, visit unite.us.